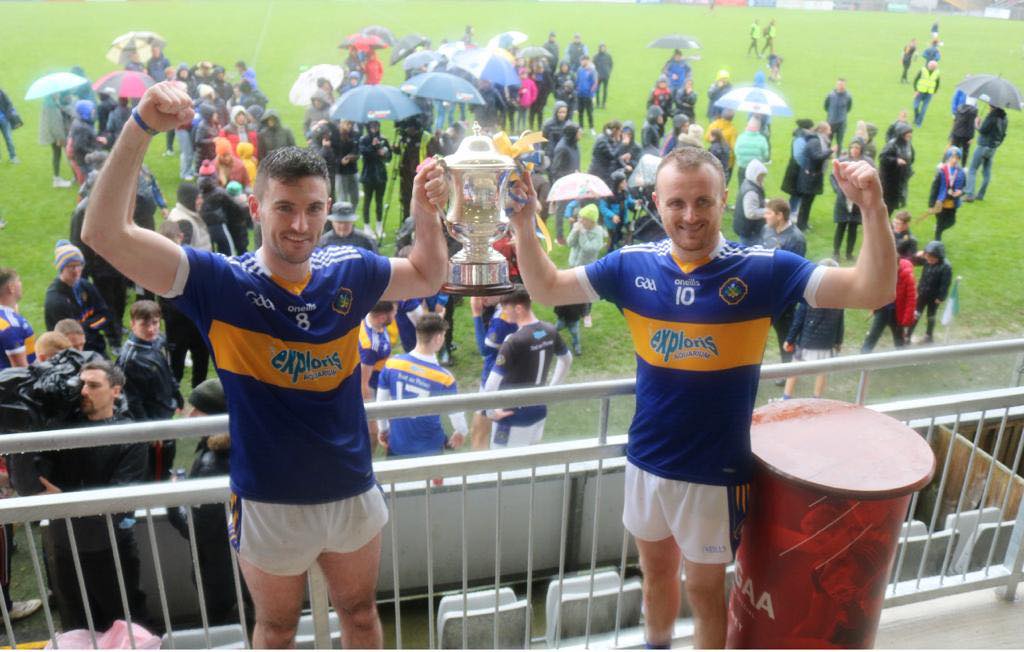 It was the deadly accuracy and man of the match display from Portaferry’s Ronan Blair, with a very impressive 1-9 to his name and the all-important penalty four minutes from time that gave the Ports the title of Morgan Fuels Down SHC Champions for 2022.

Things looked bleak for Portaferry twelve minutes into the second half, after having closed the deficit to a single point, Connor Mageean was given a straight red card. But the title challengers held Ballycran to just three scores for the remaining twenty mins and atone for last year’s bitter disappointment.

Under constant rain and damp under foot condition over 950 spectators at Páirc Esler eagerly waited for the game to spark into life, as Portaferry rushed out to a four-point lead inside the first five minutes. Ballycran just couldn’t break the resolute defending of Darragh Mallon in the corner and Tom Murray at full back.

It took a seventh minute Scott Nicholson free to get Ballycran in to action and by the twenty fifth minute the sides were level, 0-6 apiece as Michael Ennis, Niall Breen & Scott Nicholson had pulled Ballycran back into the game. Ballycran now seemed to be getting the upper hand and by half time they were ahead, 0-7 to 0-9 but ultimately couldn’t capitalize on their gains for the second period.

Portaferry started the second half well with Ronan Blairs sixth point of the day inside the first minute and a Daithí Sands point reducing the game to just a single score. But then a moment of red mist saw Connor Mageean being sent to the line, fortunately for them Ballycran failed to score on their next two attacks as both sides struggled to get their scores.

With four minutes to go Conor Fay received a pass from Eoghan Sands and burrowed through the defense, but was pulled back by Brad Watson giving referee Peter Owens no option but to award the penalty. Blair stepped up and struck the penalty hard & low to Stephen Keith’s right and give the Ports a three-point lead.

Ballycran desperately tried to send the game to overtime but could only manage a point with Ronan Blair finishing of the day with his fifth point from play and his ninth in total for a well-deserved man of the match award.